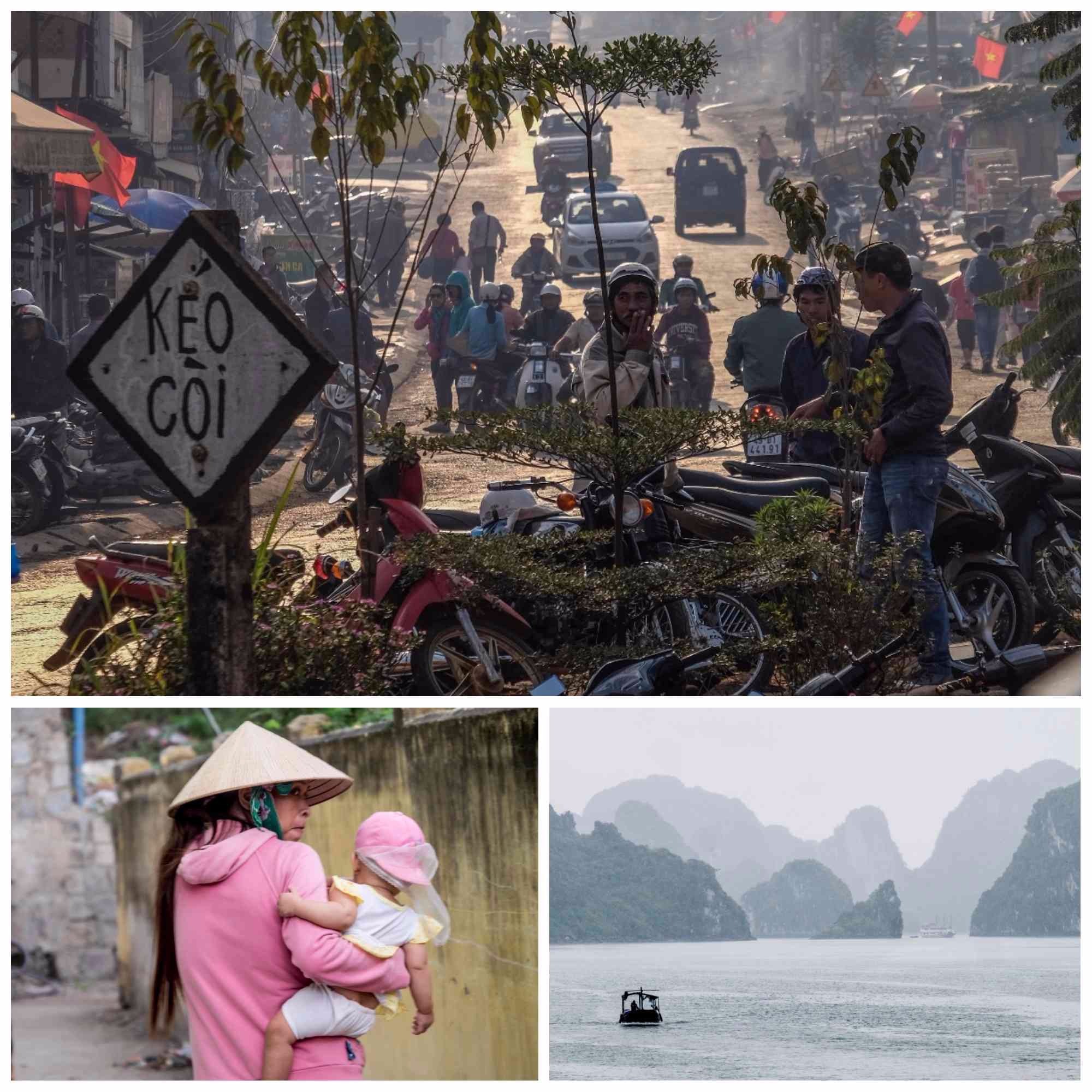 Asked what compelled Weiss to visit the region, in the artist’s own words: “When I was 20, I watched film clips of the Vietnam War on the nightly news, witnessing the fighting and the dying that turned the soil red with blood. When I was 70, I myself stepped onto the soil of Vietnam and saw red flags everywhere, signaling who had won and who had lost after all that blood was shed.
“Like most of the generation who came of age in the 60s, I knew men who went and men who stayed behind. I knew men who lived and men who died. Men who disappeared into the jungles and who forever would be MIA. Men who came home broken by what they had seen and what they had done, and broken yet again by a country that turned its back on them.

“I was also changed by the war. Memories stirred just under the surface. Tears flowed again when I learned of new names being added to those already etched into the war memorials. And my sorrow deepened for the Vietnamese people who also suffered and died and endured the horrors of yet another war on their war-torn land. I knew I had to see the country for myself. Last year, I did.”

“This exhibit is dedicated to the veterans of the Vietnam War. It shows what I saw in the Vietnam of today, photographed, and chose to display in this gallery. The images tell a story that is impossible for me to put in words, of a country that is at peace but not free, of a country that is no longer torn in two but not yet whole. A country where the old still dedicate themselves to the land and the young look ahead to a better future, one that might, some day, bring freedom.”
“The photographs in the exhibit will show you Vietnam, 50 years after the war, through the eyes of the people, and also through the eyes of a girl who witnessed from afar the tragedy of the war, and of the woman she became who was compelled to see what the war and the passing years had wrought.”

As we see the conflicts arising throughout the world today, we can only wonder what our world will look like in 50 years.